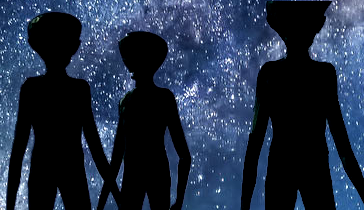 during my second week of graduate school at Montana State University, several students and I were discussing a recent cattle mutilation that was associated with UFOs. A physics professor joined the conversation and told us that he had colleagues working at Malmstrom Air Force Base in Great Falls, Montana, where they were having problems with UFOs shutting down nuclear missiles. At the time I thought this professor was talking nonsense. But 20 years later, I was stunned to see a recording of a press conference featuring several former US Air Force personnel, with a couple from Malmstrom AFB, describing similar occurrences in the 1960s. Clearly there must be something to this.

With July 2 being World UFO Day, it is a good time for society to address the unsettling and refreshing fact we may not be alone. I believe we need to face the possibility that some of the strange flying objects that outperform the best aircraft in our inventory and defy explanation may indeed be visitors from afar – and there’s plenty of evidence to support UFO sightings.