An unidentified flying object or UFO raced across the sky over Buffalo, NY and was caught on camera during the evening weather cast. 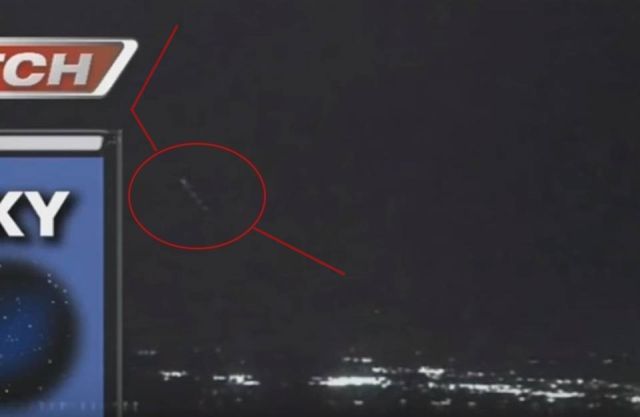 Meteorologist Andy Parker was showing the night sky on SkyWatch7 late in the evening at around 11:20pm on Thursday June 14 when an object entered and exited the camera view.

The object travels from west to east and makes what appears to be a hook turn to the north and gains altitude before exiting near the top of the camera frame.

Andy Parker noticed the appearance of the object and offered up the idea it might have been a shooting star while asking the rest of the crew if anyone else had seen the object.

The object moves too fast to be a plane, originates too far away to be a bug, perhaps a meteorite?

However, the unknown flying object makes a curve something that a meteorite does not do.