During the Facebook live stream, Solo Dolo, the person who was filming the extreme weather conditions over Tuscaloosa, Alabama can be heard saying: “Hey, we’ve got a storm over here, we got no power, everything blowing over here, boxes, trees.” 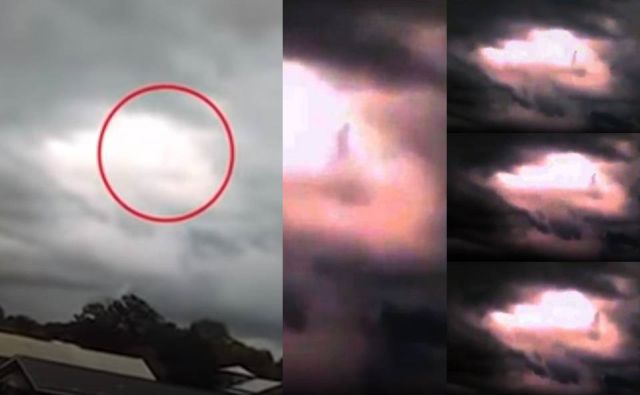 “Look at that hole right in the sky, that’s who’s got the power. “He got us covered at least, we’re alright.”

Yet it was not until uploading the video where a friend pointed out the strange shape which resembled a human body in the clouds, which some people are claiming to be God.

Viewers were quick to point out a shadowy figure which looks like it has arms and legal walking between the bright patch in the clouds.

Skeptical observers who point to more prosaic possibilities such as that the ‘apparition’ is just a weird weather effect.

They are pointing only to one figure walking across the sky but if you look closely you can see two figures, the taller figure is following a shorter figure.