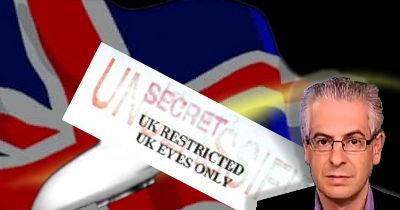 UFO expert Nick Pope, who was bound by the Official Secrets Act, says his work involved monitoring Russian development of a death ray and dealing with psychics

I also learned from my time there that UFOs are real. And I should know, because my job throughout the nineties was to investigate them.

… recently emerged of MoD documents showing the UK government’s interest and involvement in UFOs – and suggesting that we had spent 50 years investigating the possibilities of developing alien technology.

I worked on these files and came out of retirement to help with the MoD’s release project – the decade-long declassification of top-secret papers – which concluded in January.