On July 29, 2018 a strange alien creature has been filmed on a roadside in Gaspésie, Québec in Canada. 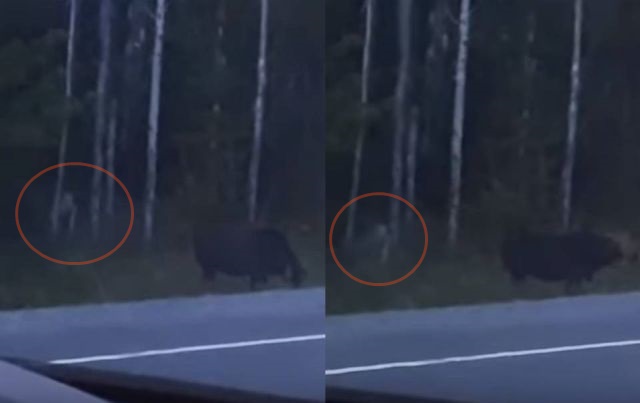 Audrée Tanguay Fréchette who has filmed the creature says: I was filming a moose on a roadside in Gaspésie, Québec, Canada. Looking at the video I saw this strange shape at the back left. Can someone tell me what it is?

The creature suddenly comes from the left side, then hides behind a tree and observes the moose. It looks like it wants to attack the moose as it steps a little forwards, towards the moose, but then again the creature hides again behind the tree, still observing the moose. 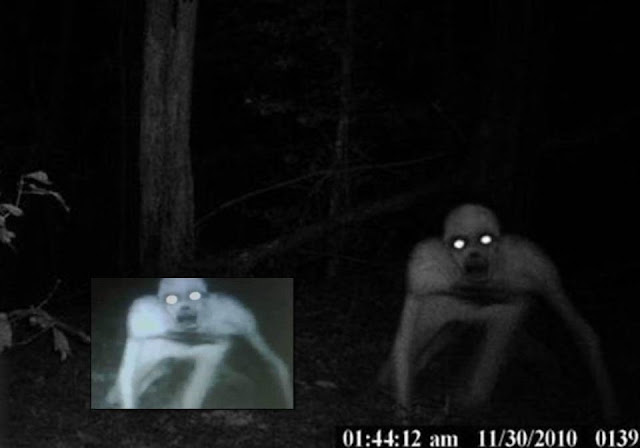 It reminds me the 2010 story of a hunter near Baton Rouge who said he found a freaky photo (image above) on his deer stand camera in the Louisiana woods at night which shows a lot of resemblance to this creature.

The appearance of this kind of beings raises questions whether they originate from secret experiments or not.