A dazzling fireball has streaked over several towns in Western Siberia. Stunned locals managed to film the object as it sped by glowing yellow and green. 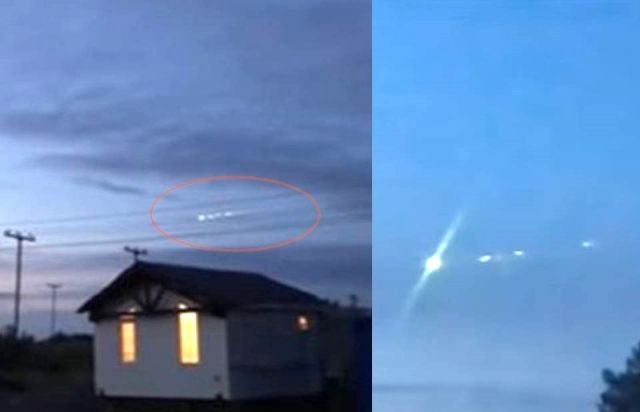 The event was recorded in the towns of Yugansk and Surgut on Saturday night. People gazing at the fireball and watching the videos have been guessing if that was a meteor or maybe a UFO.

Since the fireball appeared to be gliding steadily across the night skies rather than crashing into the earth, some suggested the stunned locals may have witnessed a spacecraft’s stages burning up in the atmosphere.

It has been reported that the object landed in a remote area and no one has been injured.

There has not been any official explanation of the mysterious flyby so far, with the emergencies ministry saying it is unaware of whatever dazzled the locals according to rt.