CNN faced a shock horror moment over August 6 to 12 when they were beaten in the cable ratings by numerous competitors including the History channels Ancient Aliens.

This proves that people are more interested in UFO and Alien news than they are in what is currently happening in the world. 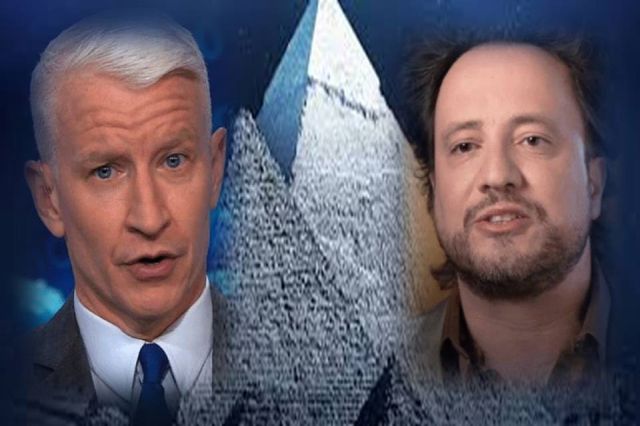 CNN was also red-faced when they fell in behind shows from Fox News and MSNBC. At the top of the primetime slot for TV viewing was Fox News thanks to the program attracting more than 2 million viewers.

MSNBC took second place with its 1.75 million viewers, while CNN could only achieve seventh place with just 992,000 viewers over the average.

It seems the hosts Chris Cuomo and Anderson Cooper just did not have what it takes to compete with dated aliens as the History Channel drew in 1.06 million viewers during prime time.

CNN Also Failed During Daytime Slots Losing Out to Nickelodeon.

Not only has CNN failed miserably in the primetime slot, which is, of course, one of the most coveted among channels, they also failed in the daytime programming.

CNN executives must surely be hanging their heads in shame as even the children’s TV channel Nickelodeon beat them in the daytime. Also ahead during daytime viewing was Fox News, HGTV, MSNBC and Investigation Discovery. The fact that CNN was beaten by “Ancient aliens’ on History Channel was extensively reported by several leading media outlets, reported breitbart.