NASA has released video of “a very bright” fireball that lit up the sky over Alabama just after midnight Friday morning. The official time of sighting was 12:19 a.m. CDT. 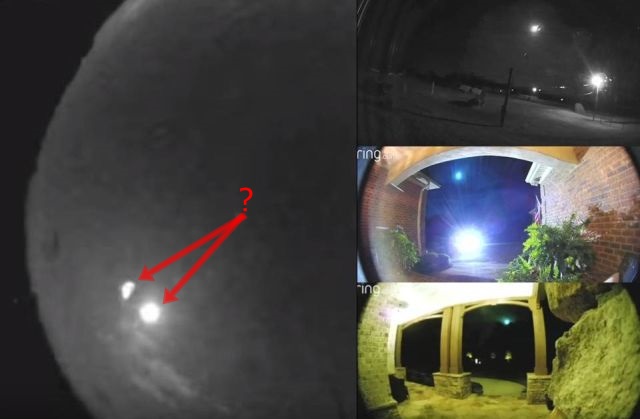 The fireball, which is NASA’s word for a very bright meteor, was described as “at least 40 times as bright as the Full Moon.” It was first seen 58 miles above Turkeytown, Ala. northeast of Gadsden, according to NASA’s Meteoroid Environment Office at Huntsville’s Marshall Space Flight Center.

The fireball was moving northwest at 53,700 miles per hour and fragmented about 18 miles above the small town of Grove Oak, NASA said.

“Early results indicate the (meteor) was caused by a small asteroid 6 feet in diameter,” NASA said. “We are still assessing the probability of the fireball producing meteorites on the ground.”

“Whether it did or not,” NASA said, “it was an extremely bright event seen through partly cloudy skies and triggering every camera and sensor operated by the Meteroid Environment Office in the region.”

NASA talks about one object (meteor) but there are two bright objects which seem to come together and then explode, which you can see in the first video.