The witness stated that something strange happened on a sunny day when he noticed a huge UFO in the sky upon he started to film the object that slowly moved forwards. 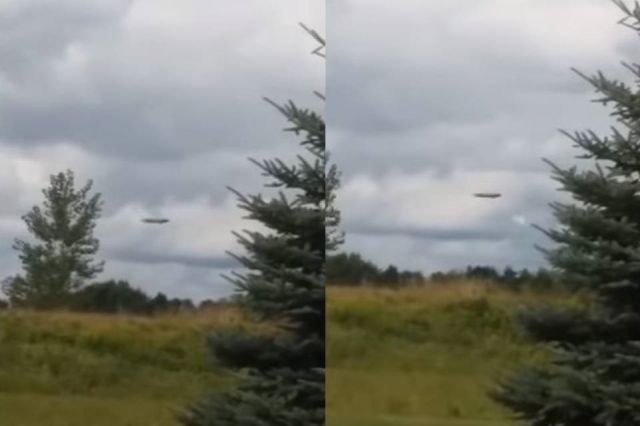 The appearance of this UFO comes shortly after a similar UFO appeared above Mooreesville NC, Lake Norman.

The witness who recorded a shaky footage of the UFO above Lake Norman said:
“I was at work and it had been raining all morning. Rain finally stopped so we went to pick up a boat from Lake Norman. When came around the corner I saw this thing sitting still very close.”