Astronomers using the NASA/ESA Hubble Space telescope have taken a series of spectacular images featuring the fluttering auroras at the north pole of Saturn. 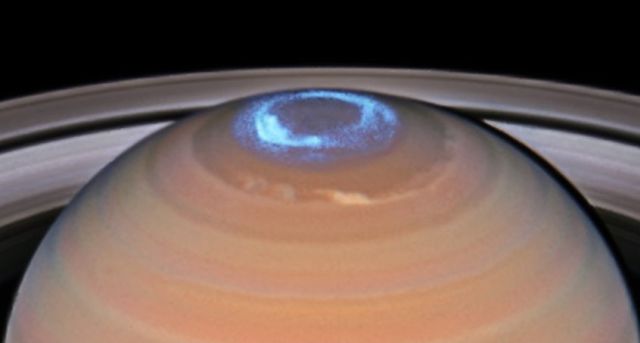 The observations were taken in ultraviolet light and the resulting images provide astronomers with the most comprehensive picture so far of Saturn’s northern aurora. Hubble observes energetic lightshow at Saturn’s North Pole.

In 2017, over a period of seven months, the NASA/ESA Hubble Space Telescope took images of auroras above Saturn’s North Pole region using the Space Telescope Imaging Spectrograph. The observations were taken before and after the Saturnian northern summer solstice. These conditions provided the best achievable viewing of the northern auroral region for Hubble.

The video shows how the auroras in Saturn’s northern regions vary over time. The variability of the auroras is influenced by both the solar wind and the rapid rotation of Saturn.