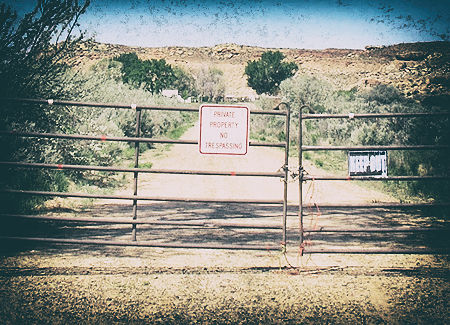 Note that this email has been modified to remove identifying information about the confidential source here called Brad Newton who is still under a non-disclosure agreement from his work with the now defunct National Institute for Discovery Sciences (NIDS), also an organization founded by Robert Bigelow.

CONFIDENTIAL – DO NOT FORWARD – FOR MUFON BOARD ONLY – HIGHLY SENSITIVE

Since taking on the MUFON International Director position, I have been in observation mode trying to understand the true nature of the UFO phenomenon. In 2007 I personally financed a “meeting of the minds” in Fort Collins to try and gain insight into what the status quo was in Ufology. I have personally investigated high level cases such as Kinross and the California Drones and have found myself on the receiving end of a constant flow of disinformation. What I have observed over the last three years seriously disturbs me.

It is my belief that there are forces at work here that “manage” Ufology for their own purposes. When an organization like MUFON starts to operate outside of the box “they” intend to keep us in, then these controlling forces move in to tighten their grip. Case in point is MUFON’s relationship with BAASS. Although John (Schuessler) knows who BAASS’ sponsors are, I am no longer comfortable with the MUFON-BAASS relationship. Let me explain in detail.

Just last month, I financed my own trip to Utah with Dr. Frank Salisbury who was looking to republish his book “The Utah UFO Display” and was looking for new material to add. Since the book covered the Uintah Basin in North East Utah where the Bigelow Skinwalker Ranch is located, Salisbury sought and was denied access to the Ranch. I also asked and was denied access. Instead, we spent our time interviewing new witnesses around the Ranch. Our contact person was Brad Newton (real name withheld) who has researched the area for many years. What I learned from Brad is what has led to the doubts I now harbor.

Brad worked with NIDS on the ranch and mentioned that after an alleged sighting, metal rods were found on the ranch that were sent to NIDS for analysis. Brad was in contact with a NIDS scientist who informed him that the rods were made from Element 115 and did not originate on earth, and that he (the scientist) had worked at Area 51 on a reverse engineering project where they had accumulated 300 pounds of this material. This in a nutshell is the Bob Lazar story.

Through Dr. Salisbury, we were able to interview the brother of the original owner of the ranch who sold it to the Shermans who subsequently sold it to Bigelow. The ranch owner’s brother was adamant that there was no UFO or strange activity on the ranch prior to the Sherman’s purchase, contrary to what was discussed in the Skinwalker Book and that he (the owner’s brother) had personally received a call from Bigelow trying to convince him otherwise. I found this to be extremely odd and disturbing. I also subsequently learned of a business relationship between Lazar and Bigelow (documented in the MUFON archives).

What I see in the MUFON-BAASS relationship is active management of MUFON’s work, despite assurances from BAASS otherwise. By carefully controlling the purse strings with each contract evaluation period, they are ensuring they receive a constant flow of information from MUFON while also making sure that MUFON does not end up with operational funding to stabilize its long term financial well being. Who’s on the receiving end of this information? Since that will not be disclosed to MUFON, I cannot state for sure, but I don’t feel confident that the information is being used for what MUFON was originally informed.

If you were able to listen to my speech at the Symposium or read my paper in the Proceedings or read my blog, then you know where I stand on the active management and control of information on the part of governmental or quasi governmental forces in our work. Conspiracy theory? Yes. Plausible? Yes.

MUFON has an obligation to the public to fulfill its mission. I for one believe that we cannot adequately do so as long as we are actively managed, nor can I in good faith stand by while this is happening. Those are my personal feeling however and as such I don’t want to speak for the organization when making the decision to renew or terminate our contract with BAASS. I leave it to the Board for a decision on this.

I have already stated my decision to step down as the International Director, and in large part my decision has been based on my research. I will continue to work within MUFON and for MUFON’s long term viability, but I will not stand by and be managed. My time will be better spent actively uncovering the trail left by the forces of disinformation and my efforts focused on uncovering the truth. In the end that is all that is important.

I am concerned for you if you are basing decisions on what Brad has said. It is not my intent to argue the point, but the whole Element 115 thing is pure bunk. Don’t take my word for it, just ask any scientist. Both CSICOP scientists and MUFON scientists like Stanton Friedman have thoroughly debunked Lazar’s Element 115 story. If you could get Element 115 (or Elements 114 and 116) to be stable enough to make them into rods, they would make extremely heavy rods. I can find no one except Bob Lazar and now Brad that believes there are Element 115 rods anywhere, let alone dumping them out on the ground in an uncontrolled environment on a ranch in Utah.

As for the rods found on the Skinwalker Ranch, I was on the NIDS Scientific Advisory Board back in those days and can verify that rods were found. They were not heavy Element 115 rods. Instead, they were thin carbon rods that are used in arc lamps to make very bright lights in field operations. I have personally used this type of rods in arc lamp operations many years ago.

My email response to John follows:

That is my point exactly. Lazar and element 115 are bunk but it appears to me that the NIDS scientist was promoting it to Brad. Why? I found Brad to be honest in his demeanor and he is held in high esteem by everyone we came into contact with including many of the witnesses we interviewed. Brad has no motive for promoting the Bob Lazar story but it was communicated to him nonetheless.

Actually, it was the former ranch owner’s brother’s assertions that cemented for me that something is amiss. The Skinwalker ranch story did not play out as described in the book and that coupled with us being denied access does not add up for me.

I can only conclude that BAASS is at someone else’s beck and call. The Board does not need to agree with me on this, which is why I am leaving the contract renewal response to the Board.

It was after this email exchange that the MUFON Board bypassed me as acting MUFON International Director and secretly engaged BAASS in renegotiating the MUFON-BAASS contract while purposely keeping me out of the loop. As you can see from the email exchange, this secretive communication was altogether unnecessary because I deferred to the majority decision of the MUFON Board.

Unethical behavior on the part of the MUFON Board aside, the following questions still beg for answers: What is really happening at the Skinwalker Ranch and why are serious investigators being denied access? Why was a NIDS scientist pushing the Bob Lazar story which is a known farce? Why does the book “Hunt for the Skinwalker” describe paranormal activity present on the ranch prior to the Shermans purchasing it when a close surviving relative of the former owner denies such activity? Why is the truth about activities on the ranch being censored through non-disclosure agreements?

It appears that once again in Ufology there are more questions than answers; common fare for a field where the waters are muddied but never cleared. If you consider yourself a truth seeker then perhaps it is time to take a stand against these forces of ambiguity that seek only to obscure the truth rather than bring it to light. It is time to promote truth and not mystery in a field that has too many mysteries already. It is time to reveal the truth by not compromising ethics or principles or by allowing truth to be censored. It is time to stop falling prey to fear and lies but instead to hunt the Skinwalker forces of deception in their own territory. Who is up for a hunting trip?

Editor’s Note: As most know, James Carrion is the former International Director of MUFON. Given the renewed interest in the Skinwalker Ranch precipitated by Jeremy Corbell’s documentary, based on George Knapp and Colm A. Kelleher book of the same name, Hunt for The Skinwalker, we re-present James’ article on the ranch and his involvement originally published in 2011-FW