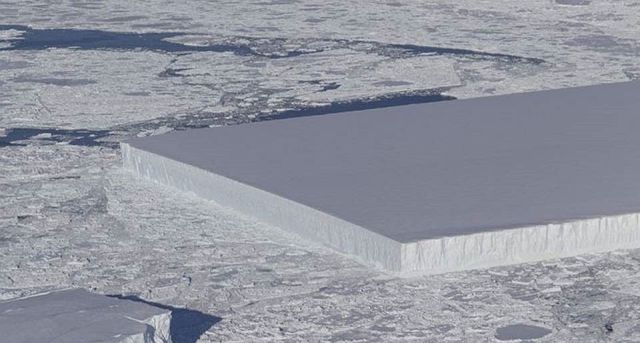 According to NASA twitter: From yesterday’s IceBridge flight: A tabular iceberg can be seen on the right, floating among sea ice just off of the Larsen C ice shelf on the Antarctic Peninsula.

The iceberg’s sharp angles and flat surface indicate that it probably recently calved from the ice shelf.

Yes NASA that is indeed very weird; it just split from the edges of ice shelves and there it is… a perfect square iceberg. 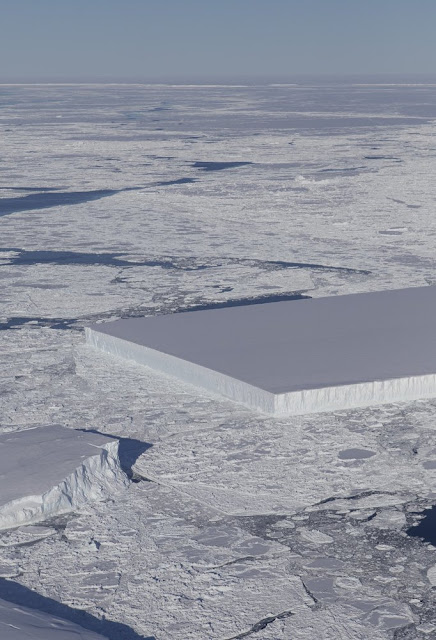 It looks almost as if the iceberg was sliced with a laser. This square iceberg with its perfect 90 degrees corners just does not fit in the surrounding area if you compare it with other icebergs.

It is known that there are secret bases and underwater bases in Antarctica. Could it be that this weird iceberg is more than just an iceberg, something hidden in plain sight?