The twin Voyager 1 and 2 spacecraft are exploring where nothing from Earth has flown before. Continuing on their more-than-41-year journey since their 1977 launches, they each are much farther away from Earth and the sun than Pluto. 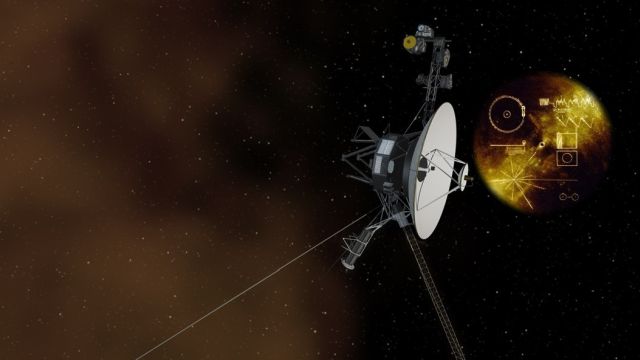 In August 2012, Voyager 1 made the historic entry into interstellar space, the region between stars, filled with material ejected by the death of nearby stars millions of years ago.

Scientists hope to learn more about this region when Voyager 2, in the “heliosheath” — the outermost layer of the heliosphere where the solar wind is slowed by the pressure of interstellar medium — also reaches interstellar space.

Both spacecraft are still sending scientific information about their surroundings through the Deep Space Network, or DSN.

In 1977, twin golden records (Phonograph records, 12-inch gold-plated copper disks) were sent into space on the Voyager 1 and 2 spacecraft.

Still sailing through space at nearly 60,000 km per hour, the records contain sound, songs, and images from earth.

But how did NASA include images on an analog record? Here, we decoded the audio, and see the images the way that aliens were intended to see them.