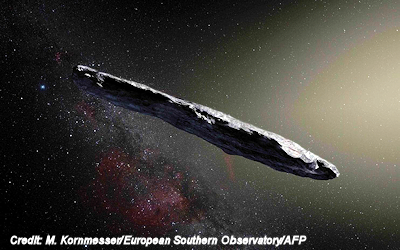 The object, nicknamed ‘Oumuamua, meaning “a messenger that reaches out from the distant past” in Hawaiian, was first discovered in October 2017 by the Pan-STARRS 1 telescope in Hawaii.

Since its discovery, scientists have been at odds to explain its unusual features and precise origins, with researchers first calling it a comet and then an asteroid, before finally deeming it the first of its kind: a new class of “interstellar objects.”