A huge flying object was spotted in the sky of Gothenburg, Sweden. Witnesses of the UFO have filmed the object that slowly moves over the city. 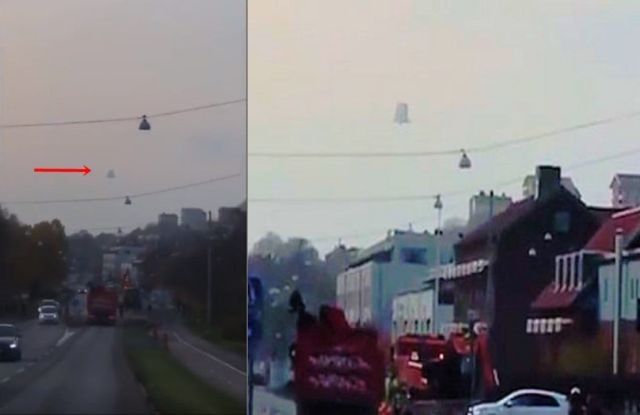 The shape of the UFO is similar to an infamous top secret Nazi scientific technological device, called “Die Glocke”, a device made out of a hard, heavy metal” approximately 2.7 meters wide and 3.7 to 4.6 meters high, having a shape similar to that of a large bell.

Even it looks like the Gothenburg UFO has the shape of the UFO that crashed in Kecksburg, Pennsylvania on December 9, 1965. Government authorities swiftly confiscated the object and the public were told that the UFO crash never has happened despite a wealth of witnesses.

Below the intriguing footage of the Gothenburg UFO.