In 1995, a video showing the gruesome autopsy of an alien by ‘government pathologists’ in protective suits shocked the world. Now the film-maker behind it revealed how the ‘Alien Autopsy’ film fooled the world (and inspired a ‘classic’ film starring Ant and Dec). 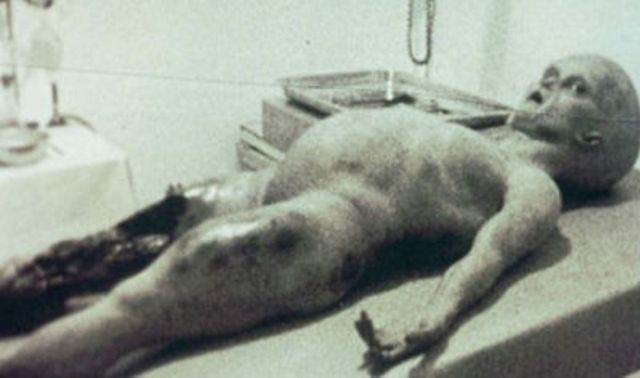 Spyros Melaris says that the film claiming to show an alien body being examined in 1947 actually shows a foam body filled with cow and lamb organs from a local butcher.

Roswell UFO video faker finally reveals how he did it.

According to news outlet Metro Melaris told The Sun that he considered using raspberry jelly for the ‘brain’ but rejected it as ‘too dark’ as he filmed in a north London flat in 1995.

He spliced his film footage onto a 1947 Pathe newsreel to fool experts at Kodak – and a documentary on the film aired three times on Fox, being viewed by 11.7 million people.

The effort was privatized by Channel 4 by bringing in a company with “deep pockets” that could give the broadcaster a “stronger future”, the Culture Secretary John Whittingdale has said.

Melaris sourced 1940s surgeons’ outfits and medical instruments from prop providers in the UK and USA and The ‘government pathologists’ filmed dissecting the pale, potbellied corpse of the extraterrestrial being.

Merlaris said, ‘Our whole film was made up but we hung it on little elements of truth because something crashed in Roswell and we pinned the film on this being a body that could have been picked up in that crash.’