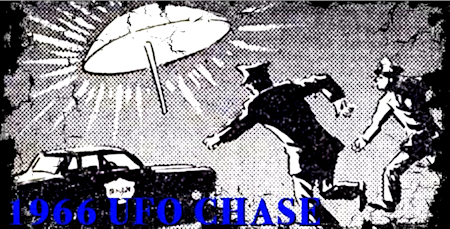 Spaur later would say that from the ground, the object looked like the head of a flashlight, about 40 feet wide and 20 feet tall.

“The lines of the object were very distinct,” he told reporters. “Somebody had control over it. It wasn’t just floating around. It can maneuver.”

Seech said the chase slowed down near Rochester. The cars got “tangled up in a mess of bridges,” according to Spaur.

Spaur would later explain, “When I came out from under the bridge, it came down and waited for us. Just as though it knew these two cars were following it.”