What has been making very powerful and rapid signals in the past ten years from 2.5 billion light-years from Earth? 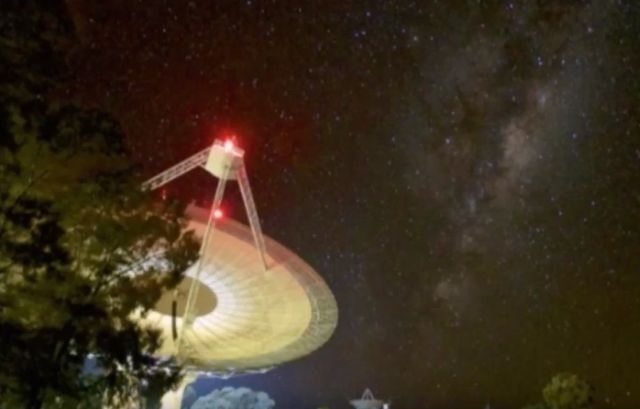 Linda Moulton Howe explains that the first recorded fast radio burst was in 2007 by the Parkes radio telescope in Australia.

The power of that radio burst was 500 million times the power of our solar system’s sun and lasted only 5 milliseconds.

Whatever the source is has become the subject of intense speculation by astrophysicists and astronomers.

In the March 9, 2017, Astrophysical Journal Letters, Avi Loeb — Chair of Harvard University’s Astronomy Dept. and Director of Harvard’s Institute for Theory and Computation and the Black Hole Initiative — proposed that fast radio bursts could be “interstellar light sails pushing payloads up to a million tons each, large enough to carry living passengers across interstellar or even intergalactic distances.”