NASA explains that the eye-catching shape looming in this image of NGC 281 is a sculpted dusty column, a dense Bok globule seen in silhouette, eroded by intense, energetic winds and radiation from the hot cluster stars. 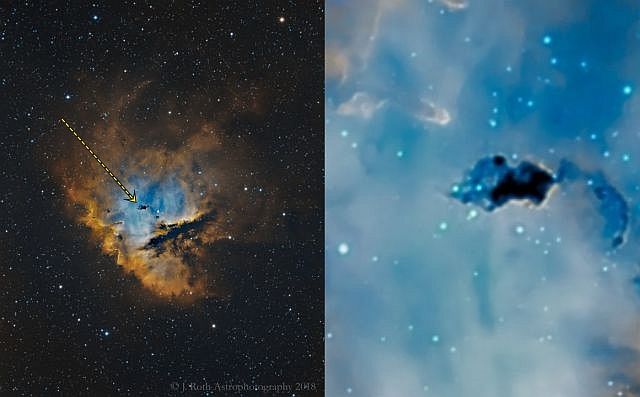 NGC 2818 is a planetary nebula located in the southern constellation Pyxis (The Compass). It consists largely of glowing gases from the star’s outer layers ejected during the final stages of its life when it had run out of the fuel necessary to sustain its core fusion processes.

But according to Scott Waring from UFO Sightings Daily the eye-catching shape is a massive Unidentified Flying Object at the edge of the Nebula. 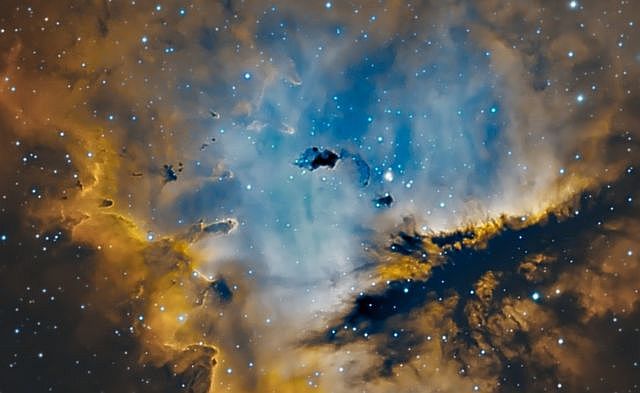 In the following video, Scott shows that this UFO looks like the infamous Black Knight Satellite which is a spacecraft of extraterrestrial origin.