On November 22, 2018 while filming a thunderstorm the witness was able to capture a huge boomerang v-shaped UFO that was hovering nearby the thunderstorm and became visible when it was suddenly hit by a lightning strike. 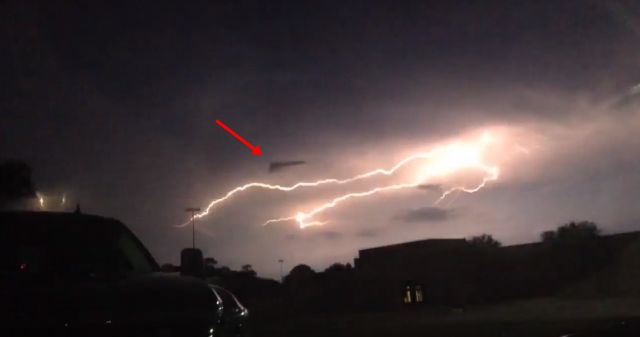 Even though little is known about this craft it is quite possible that it was a black TR3B a man-made secret craft.

Probably there are several types of the mysterious TR3B because several days earlier, on November 19, 2018, a huge de-cloaked UFO has been caught on camera while moving in the sky of Long Island, New York, see image below. Watch Video. 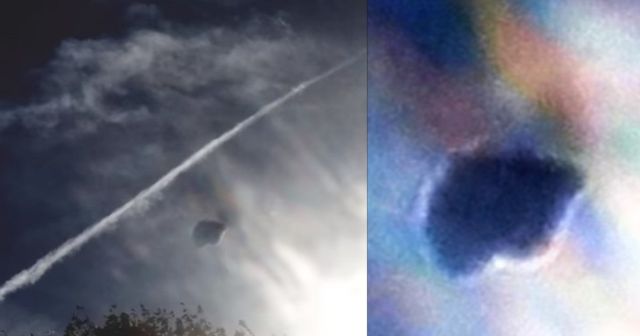 Some people say that these UFOs are of extraterrestrial origin but let’s not forget that our technology is much more advanced than NASA and world governments are having us believe, just think about the “Secret Space Fleet” discovered by Gary McKinnon after hacking into 97 United States military and NASA computers. 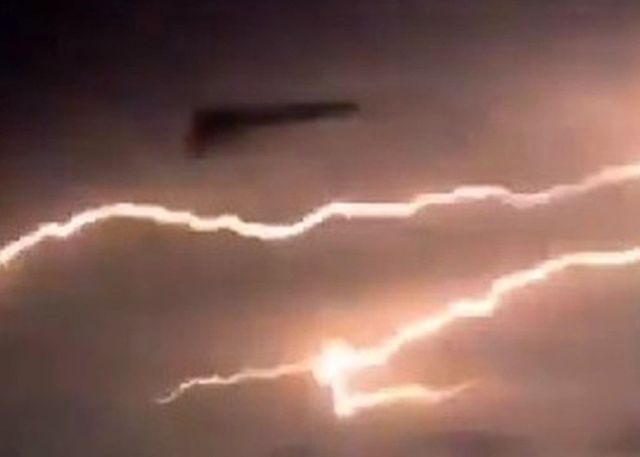 I suppose that the craft being hit by a lightning strike as well as the craft above Long Island, New York are secret man-made craft equipped with alien technology and part of a secret government/military project.

The following short footage shows the possible TR3B being hit by the lightning strike.