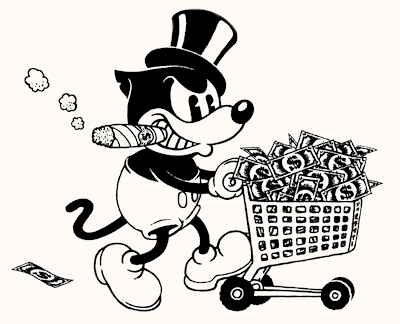 “Beizer accused Steinberg of exploiting Beizer’s personal plight in order to obtain cash donations, the vast amount of which, Beizer claimed, Steinberg kept for himself.”

[Edit: If problems occur trying to view the Torson vs Steinbergs pdf linked throughout this post, view the file on Google Drive.]

Court records do not clarify specific reasons given by the Steinbergs to Torson for the purposes of the loans. Attempts to reach Torson for comment were not initially successful.

Attorneys acting on behalf of Torson submitted an application for writ of garnishment in 2012 on the now deceased Stephen Beizer, seeking payment from Beizer for the debt incurred by the Steinbergs. Steinberg has long dubiously claimed his publicized money woes were partly attributable to his generosity to Beizer. Steinberg further claimed Beizer was anticipating a lucrative financial settlement which would create a windfall for Steinberg, but no significant evidence of any such settlement has ever been produced.

Beizer did not mince words in his response to the 2012 application for writ of garnishment. In a hand-written letter to the court dated Nov. 27, 2012, Beizer stated:

Weeks pass, no help, no money… we are panicked and Gene assures us he will do what he said, BUT, he needs another note because a friend of his will loan him the money – $5,000 – which he needs two thousand because he’s in a short term “pinch” – so he wants (Gene) reassurance that we (the Beizers) fully intend to pay him back…

Beizer goes on to describe telephone contact from a paralegal, Jennifer, acting on behalf of Torson, and Beizer’s purported dismay when he was informed Steinberg obtained much more cash than the previously discussed $5,000:

After the first Jennifer conversation, I spoke to Gene via phone, and asked about $5,000? 44,000??? He said Jennifer misunderstood his association with this man in Flagstaff goes back many years to the time he was paying our bills – REALLY? NO! Jennifer said that $44,000 was given recently from ca. 4/11 to 1/12 – Now, what else had Gene lied about and to whom and how many “whoms” – turns out many, many, many whoms – like near VIRAL on the internet…

Beizer continued, writing about finding Steinberg’s “extensive” cash solicitations, describing them as “Gene’s begging for money from listeners of his internet programs and how many were angry and disillusioned because of his assertions/lies – how many people from many walks of life had read of my misfortune and the plight of my family and sent Gene vast sums of money to help us (my family) – ‘crumbs’ yes, indeed – compared to the money Gene received and used for his own enrichment…”

…I had a surprise visit from someone with intimate knowledge of Gene’s skull-duggery and it was admitted to me that Gene not only told wild and untrue stories about me and my family, but he posted a picture of MY SON on the internet for more sympathy and of course more money not for my son, but to fill his, Gene Steinberg’s, pockets – from the moment in Sept 2012 going forward to eternity; I do not, my family does not owe, will never pay or give anything to the Defendants in this action. They are in debt to me and my family and it is so clear now that the CRUMBS are what we survived on, but the check for the MEAL is now ALL HIS RESPONSIBILITY TO PAY. We repudiate ANY DEBT to GENE or BARBARA STEINBERG.

To whatever extent Beizer’s statements may or may not be entirely accurate (see the entire five-page letter submitted by Beizer, pp18-22 of pdf), his conflict with Steinberg makes it ever more clear that Steinberg’s ongoing framing of the pair’s relationship is less than transparent. Steinberg long used his claim of expecting a substantial sum of money from the Beizers as collateral to justify his hundreds of annual requests for handouts. However, Beizer could not have made it more apparent that no such repayment or gift was forthcoming. Steinberg nonetheless persisted with the story.

Moreover and as explored in a previous blog post, Steinberg chronically failed to disclose to his following that Beizer pleaded guilty in 2004 to charges of Sale of Unregistered Securities and Theft. The charges arose out of what the Arizona Attorney General’s Office described as bilking two elderly women out of hundreds of thousands of dollars. Steinberg repeatedly spun Beizer as a victim worthy of charity, going as far as to criticize those who sought legal action against him, while never accurately portraying the circumstances.

However one chooses to interpret all of the public court documents, it remains glaringly clear Steinberg frequently misrepresents the situations. Omissions and inaccuracies are commonplace, while public solicitations for cash under the guise of chronic emergencies continues relentlessly from a man, Steinberg, who presents himself as a gold standard of reporting on issues surrounding the paranormal genre.

Fraud or other crimes perpetrated through the internet may be reported at the FBI Internet Crime Complaint Center. Other resources include your state’s Attorney General, the Department of Justice, and the Federal Trade Commission.