On November 17, 2018 a triangular UFO has been filmed over Homestead, Florida close to the Naval Base. 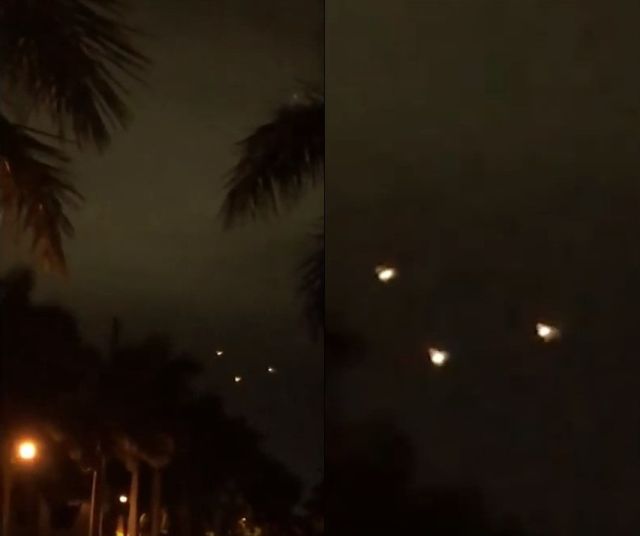 The cloaked object stays motionless in the sky, only the three bright lights in the form of a triangle are visible.

Now, according to Smith, a top scientist, there are secret space stations approximately 10 times larger than the International Space Station, which are serviced by these TR-3B antigravity spacecraft.

During his insider testimony on these secret space stations he claims work is taking place on extraterrestrial technology harvested from alien beings and their crashed or captured spaceships which would change the world as we know it.

Below the footage of a possible TR-3B captured above Homesteadt, Florida.