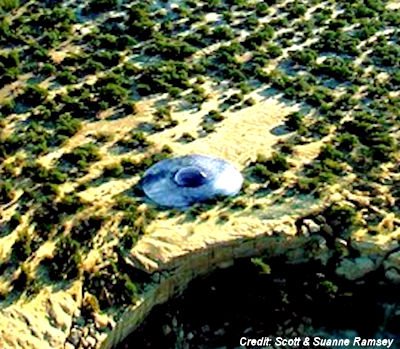 The Aztec UFO incident is a tale we hadn’t heard until a couple of months ago. In March 1948, as the story goes, a 100-foot saucer is believed to have crashed just north of Aztec. Unlike the Roswell crash, which took place only eight months prior, the Aztec UFO is believed to have landed on Earth mostly intact, with its occupants killed by the impact. The government is believed to have then descended upon the site to sweep up its contents and place them in a black hole of red-taped secrecy.