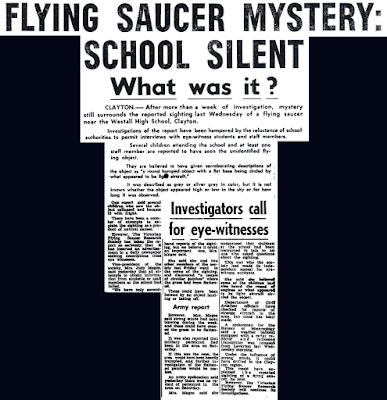 A key witness in a 1966 mass UFO sighting in Melbourne claimed the object was “playing games” with local planes in chilling rare audio.

On April 6, 1966 over 300 students and some staff reportedly witnessed a UFO flying silently in the sky before disappearing behind some nearby trees.

Andrew Greenwood was a teacher at Westall High School when the object was spotted and is one of the only adults to have spoken about his experience.