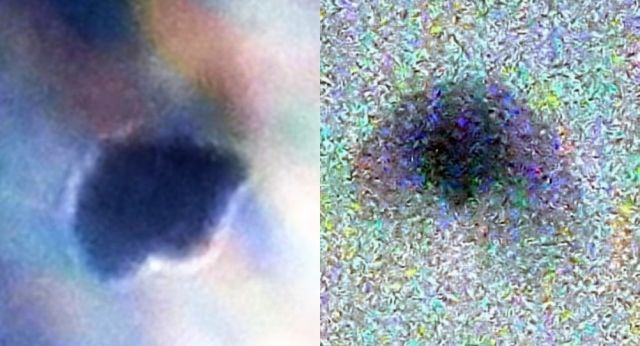 The resident of Lautoka who has submittted the image to Mufon states: I was sitting outside cooling off from the summer heat on 29 November 2018.The time was about 9.30 pm Fiji time.

I felt being watched and suddenly turned around and took several shots of the sky surrounding the breadfruit and pawpaw tree. I had done this previously but seen nothing out of the ordinary. I used my mobile camera with flash.

But this time as I enlarged the image of the frame on my laptop, I saw the conical shaped object in the sky.I was elated and exclaimed “gotcha”.

I rushed back outside and took pictures with flash on the same spot but the object did not appear again. The sky was still dark. This proved to me that it must have been a moving object. 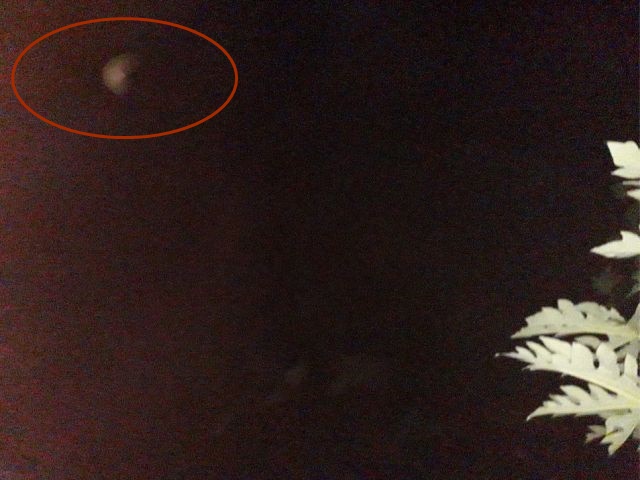 The witness talks about a conical-shaped UFO but after changing the night sky image into real colors we see the shape of the UFO which is identical to the Long Island UFO.

It seems the UFO has moved from Long Island to Lautoka, Fiji which is a distance of 14,000 kilometers. 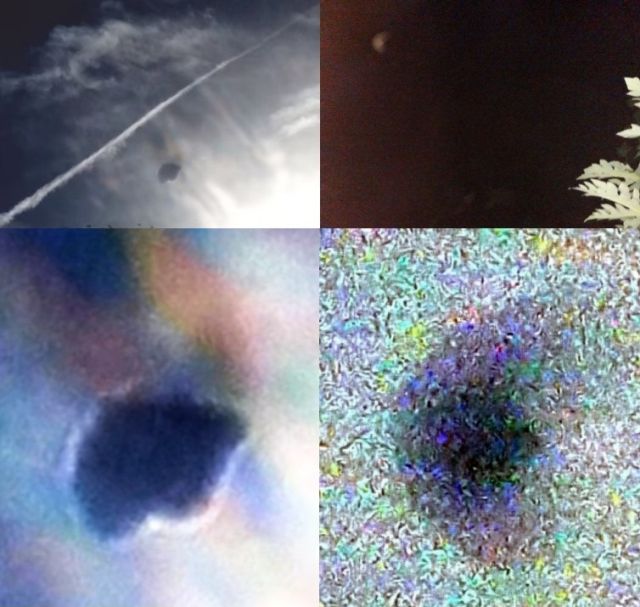 As we wrote in our previous article, this UFO will probably be a type craft similar to the secret man-made TR-3B which uses ‘reverse-engineered’ alien UFO technology.