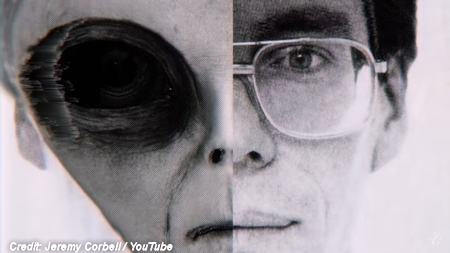 Bob claims to have seen test flights of nine captured UFOs, and says he even worked as an engineer on the alien spacecrafts

Now a new documentary, Bob Lazar: Area 51 and Flying Saucers, takes a deep dive into his theories and where is now.

Thirty years ago he claimed to have worked near Area 51 at hangar S-4 where he claims UFOs with tiny alien seats were made out of a material called Element 115.
–– ADVERTISEMENT ––