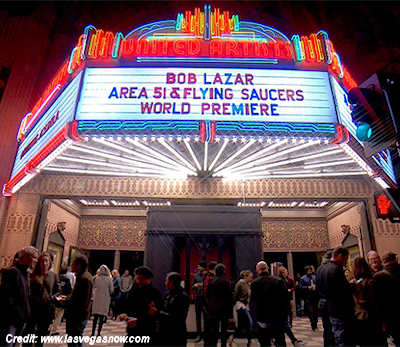 The sudden re-emergence of official interest in these unknown aircraft has also resulted in a closer look at older UFO cases and testimony, including one story that started in Las Vegas.

A new documentary film about UFO whistleblower Bob Lazar is out and there’s no way I-Team Reporter George Knapp would miss the world premiere.

It was 29 years ago that Lazar came forward, claimed he worked on technology out in the Nevada desert, and suddenly the Area 51 base became known all over the world.