Jeff Lyons wonders whether the object captured by his drone could be a UFO, Jet Suit, Balloon or another drone. 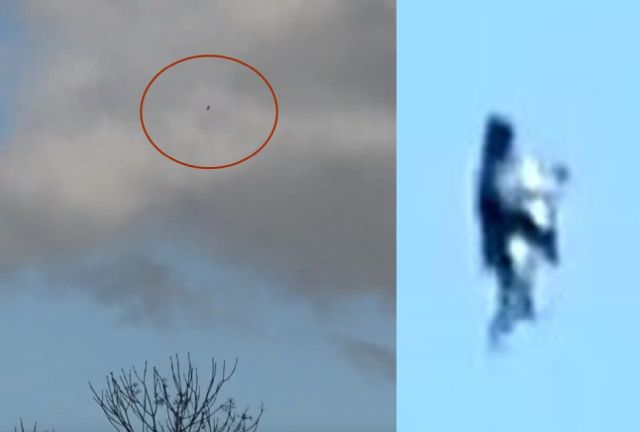 But could it be that it is something extraordinary, a flying humanoid attached to a device suitable for flying through the skies?

Although there is much controversy about the existence of these mysterious flying human-like beings, they are often described as being black humanoid figures that are capable of flight without visible wings or riding in strange vehicles like the being in the video below.

These flying humanoids are extraterrestrial or interdimensional travelers? We don’t know but it is a fact that they are sighted worldwide and often by multiple people at a time.

Jeff: I saw this over Browns Bay, Auckland, New Zealand on 6 December 2018. It was traveling about 5 to 10,000 feet up, moving across the sky from the east, in a northerly direction.

I lowered the camera for about 3 seconds while keeping my eye on the object. Before I could raise the camera again, the object disappeared.

I have included slow motion, close-up views of the object in the video at 200 percent and 400 percent magnification.