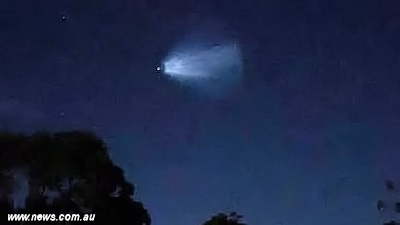 A strange, oddly-shaped light, spotted in the early hours of Monday morning has left people across the state scratching their heads. So what was it?

across the city and as far afield as Karkoo on the Eyre Peninsula.

“Originally thought it was the moon behind a cloud.

“It didn’t do anything special, just faded after five minutes.”