What he official statement says: During the early hours of December 24th, a coronal mass ejection (CME) exploded from the far side of the sun. SOHO recorded the cloud as it billowed over the sun’s northeastern limb. Because this was a far sided event, it will have no impact on Earth. 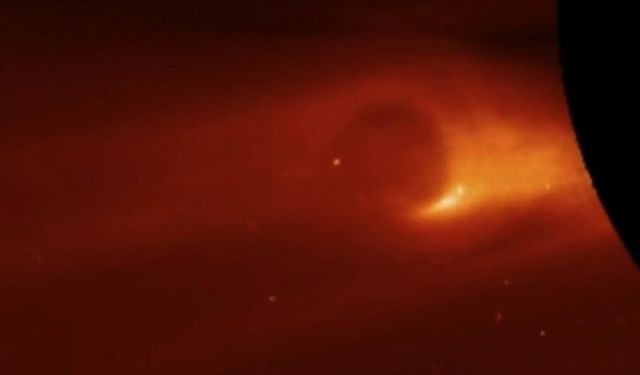 But according to YouTube channel Mrmb333 the CME is a huge sphere, an alien craft that leaves the sun.

In the past similar spherical objects have been spotted near the sun which were clearly not coronal mass ejections.

The images were taken by NASA’s satellites Lasco C2 and Lasco C3 on December 24, 2018 and processed in the first part of the next video showing the moment the UFO soars off of the sun.