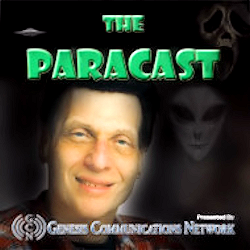 Although Steinberg exudes the persona of the wise old ufological sage, his contributions to the Paracast (the dozen or so times I’ve listened) seem somewhat minimal, and the heavy lifting, by and large, has been done by his previous co-hosts, first David Biedny, and more recently Chris O’Brien, who eventually got tired of Steinberg using the Paracast platform for a never-ending string of email solicitations and wisely bowed out, leaving Gene to bring on other co-hosts to keep the Paracast boat afloat as it increasingly takes on more water due to fallout from a series of recent exposés courtesy of Jack Brewer’s UFO Trail, which includes these zingers: