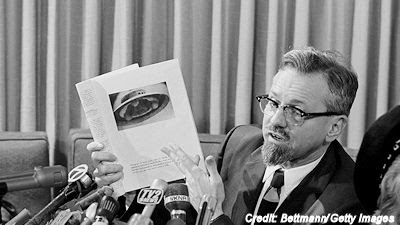 Who Was J. Allen Hynek?

the renamed “Project Blue Book,” with his discoveries fueling a quest to turn the study of UFOs into a legitimate scientific practice. Hynek later founded the Center for UFO Studies and published multiple books on the subject. One of them introduced the “Close Encounter” classification of sightings, inspiring the Steven Spielberg film Close Encounters of the Third Kind.