A drone owner has captured something what is difficult to explain.

On January 11, 2019, the drone is flying above the Reservoir of Guarapiranga which is a reservoir in the southern area of the city of São Paulo, in the State of São Paulo, Brazil when the drone’s camera captures a dark cigar-shaped object that moves through the sky at a tremendous speed. 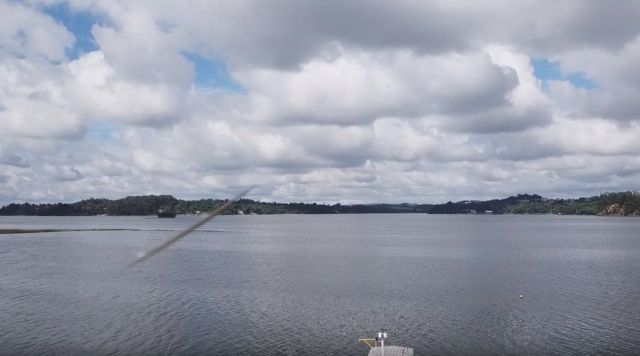 The drone owner wonders whether it is just a digital “freak” or an error in the drone’s camera or any other natural phenomenon.

Even though I also don’t know what it might have been, it seems like it shoots out of a cloud formation.

The video shows the normal speed, slow motion and still images of the mysterious anomaly.