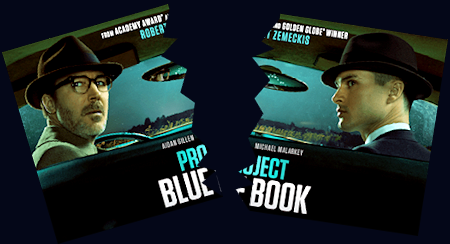 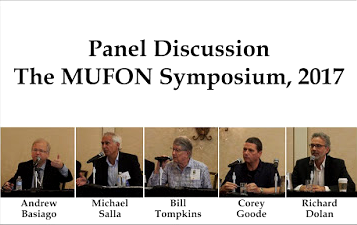 The argument about the dramatization of Blue Book files is basically split into two sides which hold opinions something like these:

Pro: The show is reaching a lot of people and increasing interest in the UFO topic.

Con: People will develop largely incorrect ideas about what took place during Blue Book because the show is not historically accurate on many important points.

While this writer leans towards the con argument of the two positions listed above, a larger point worth considering might be that we tend to doubt the public will know how or even care to establish historical facts. It largely seems that people are not expected to significantly differentiate between a for-profit film production made for entertainment and a for-profit film presented as a factual documentary. Maybe that’s because there often isn’t much difference. When it comes to UFO media, the cable TV show often isn’t particularly any more fictional than the so-called documentary.

We might consider the same about activities called research projects and studies undertaken in the UFO genre. All too often, the hype these studies receive is short lived, and the actual work published – if published at all – turns out to be underwhelming. Given that’s the case, it’s not difficult to understand why the credibility of paperbacks with dubious tales about alleged alien hybrids seem easily confused with papers containing scientific jargon. They each lack rational conclusions while leaving readers confused. They’re kind of the same thing. One’s no more credible than the other, and all too frequently they’re assigned credibility due to subject rather than expected to achieve credibility through content.

All of the above pretty much brings us to the topic of ethics in research. We frequently receive hearsay accounts of studies being conducted; academic research on UFOs; medial exams of witnesses; government agency work on UFOs, experiencers, and UFO debris; and many others. The list is long and winding. However, much less frequently are we provided details or even reasonably corroborating evidence of such projects.

Research ethics exist for several reasons, including protecting the health and safety of human research subjects. Another important reason is to protect the integrity of the research. If certain protocols and norms are not followed, which typically include disclosing funding entities, project personnel, methods, and outcomes, the value of the work is in question. It is the adherence to such industry standards, and presenting proposed projects to review boards and completed project reports for peer review, that entitles work to be labeled as credible. We should not be afraid to expect transparency and we should not be intimidated into not asking for it.

Lastly, the blurring of the lines between fact and fiction, professional research and role playing games, as seen in ufology, may indeed simply be an aspect of a much wider cultural dilemma. Perhaps we should be more concerned about people taking an interest in rational problem solving than UFOs.