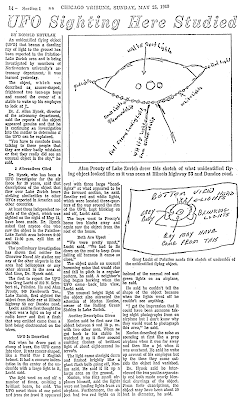 The object which was described as saucer-shaped, frightened two teenage boys and caused the owner of a stable to wake up his employees to look at it.

Dr. J. Allen Hynek, director of the astronomy department said the reports of the object appeared to be genuine and that he is continuing an investigation into the matter to determine if the UFO can be explained.