On January 29, 2019 a giant anomaly, possible an alien mothership, suddenly appeared on the Secchi Cor2A satellite. 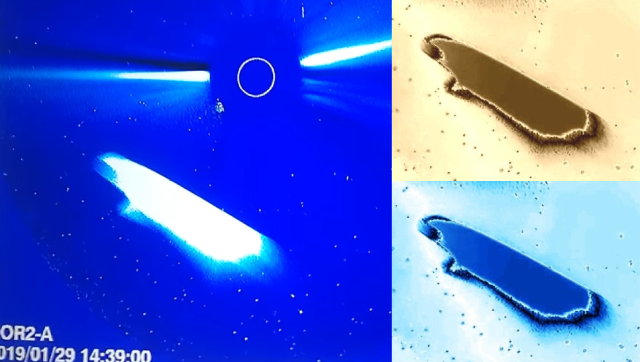 It is possible that the object is closer to the camera than the sun, even though the size must be enormous.

And it is not for the first time that UFOs have been spotted on NASA’s satellites. 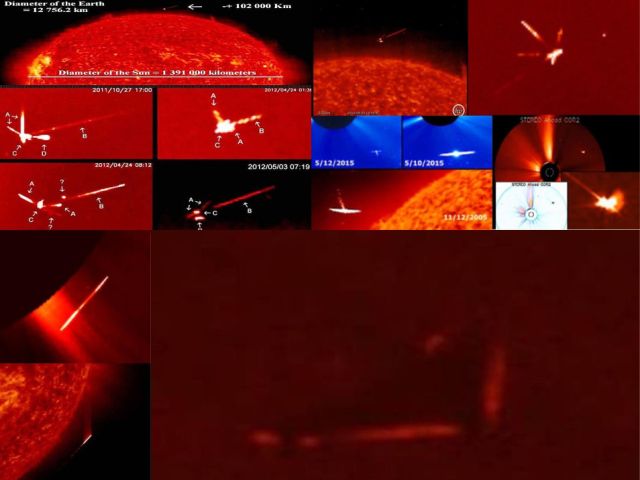 Many UFOs, other unknown objects possible under intelligent control and even triangular craft like a TR-3B have been observed near the sun over the years and despite decades of denial by NASA we all know that it is not always a camera reflection or a cosmic dust particle.