On February 3, 2019 a sky-watcher using a telescope Skywhatcher 8” with camera ZWO-AS1174MM-USB3 captured a formation of three cigar-shaped UFOs traveling through space next to the Orion Nebula (M42) 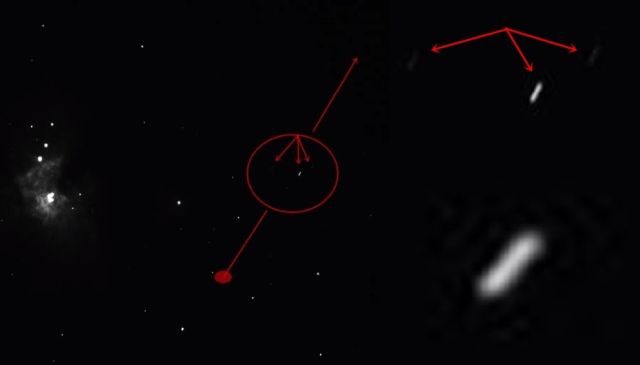 Together they fly in a formation where a fourth cigar-shaped UFO follows at some distance behind the three huge alien craft.. Given the distance they cover in a very short time, the speed must be enormous.

With all the other older footage’s of UFOs near the Orion Nebula, this footage is again proof that many of these interstellar alien spacecraft are present in the Orion Nebula sector. 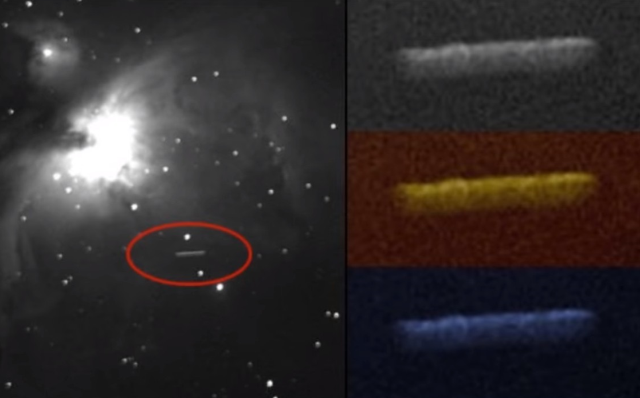 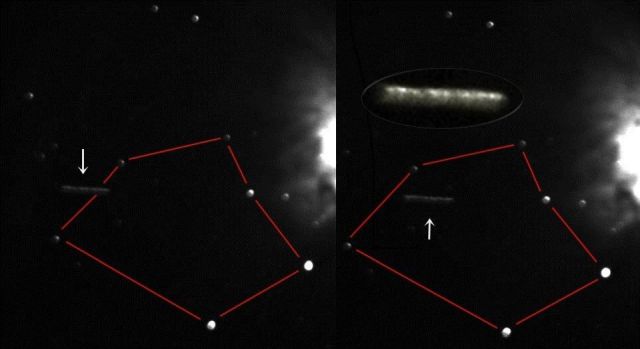 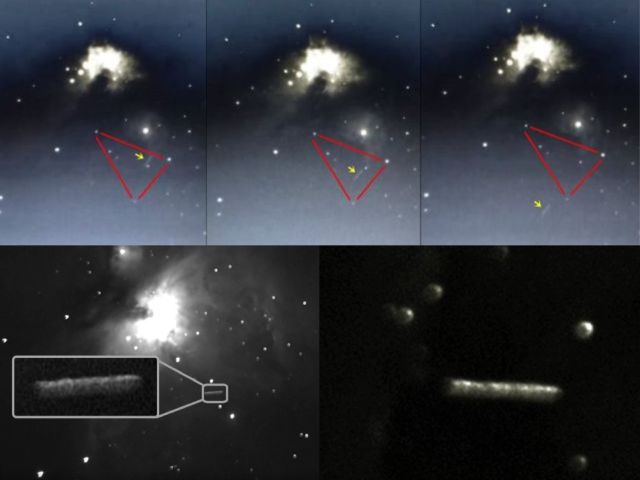 The Orion Nebula (also known as Messier 42, M42, or NGC 1976) is a diffuse nebula situated in the Milky Way, being south of Orion’s Belt in the constellation of Orion.

M42 is located at a distance of 1,344 ± 20 light years and is the closest region of massive star formation to Earth.