A mysterious pulsating reddish Orb has been recorded over Tracy, California on February 11, 2019 before it went up. It is not the first time that these strange spherical objects in the sky have been spotted and actually there is no answer to what it could be. 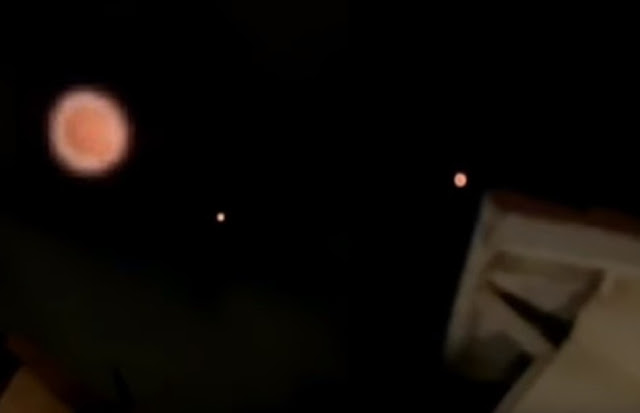 They are perfectly spherical, and they are becoming more frequently witnessed. One witness states that he saw four of these objects about three weeks ago heading towards Pease Air force Base, Lexington area and they were completely silent.

Another witness said he saw exact the same color orb over his mothers house in Louisville, Kentucky, 35 miles from Fort Knox and when he drove around the corner he observed several people standing in their front yard looking up into the sky as well and he assumed they were looking at the same orb he observed. But instead there were three more identical orbs in the sky and a few seconds later the other orb that came from his mother’s house joined with the other three orbs. Then they hover there silently for 30 to 40 seconds two of them merged into one making three orbs then they all departed straight up.

A resident of Ohio: “we see these objects…or similar…different color…they appear to “twinkle” at times and when we zoom in they look like a Spirograph, a ball of energy”.

Another witness who lives in a remote part of the Arizona desert saw two of them not that far up in the sky until they just vanished into no where.

Most of the people who have witnessed these orbs are convinced that they are definitively not from our world.