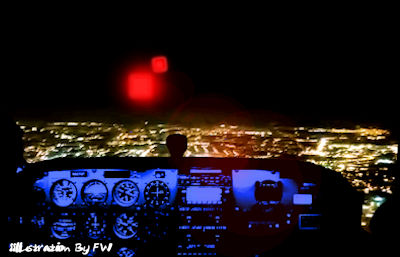 One of our pilots filed the following report on the event –

“I observed Initially 2 large square orange lights. One on top of each but slightly off set however there was a gap in height between them. The top object was constantly orange. The lower one occasionally flicked white but majority of time was orange. In addition to that on 2 occasions I observed 5 orange lights but that was momentary….”