An interesting and rare view of the ISS passing in front of the Moon. On Feb. 10th,2019. 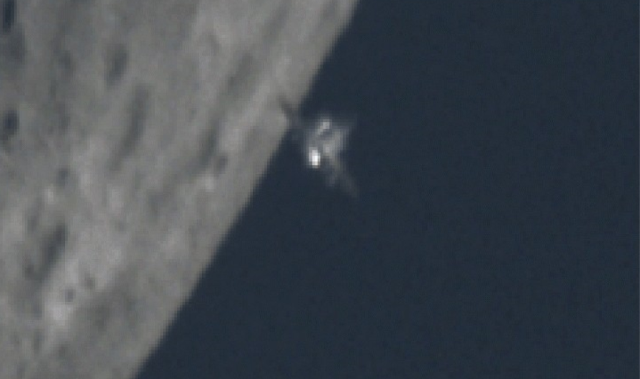 Szabolcs Nagy of London, England, recorded the ISS skimming the edge: “I used the ISS Detector app to find out when the ISS would pass close to the edge of lunar disk,” says Nagy. “This way I could record a video where the space station wasn’t only in front of the lunar disk, but instead a bit of both.

“It happened in the blink of an eye,” he continues. “I took a high frame rate video (around 120fps), then slowed it down to make it easier to see” Szabolcs Nagy said to spaceweather.