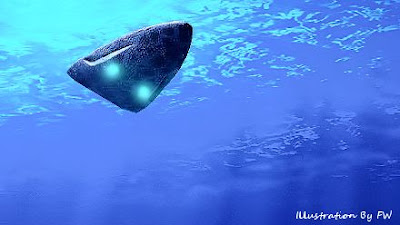 Big claims abound about mysterious objects submariners detect below the waves,
so we went straight to the source and what we found out was surprising.

Objects, referred to in UFO circles as USOs, or Unidentified Submerged Objects. Yet when it comes to the covert world of naval warfare below the waves, it is easy for laymen to misinterpret things that may seem very much alien to them, but are actually quite commonplace. The War Zone reached out some of its submariner contacts, all of which have many years of experience aboard U.S. Navy nuclear submarines, to see if detection of unidentified objects actually happens and what their thoughts were on the topic in general.

We were surprised by what we heard.