Shopkeeper Serdar Binici’yi in the city of Adana Turkey was preparing to close his store for the night when a stranger reaches the shopkeeper and taps him on the shoulder, and keeps walking. 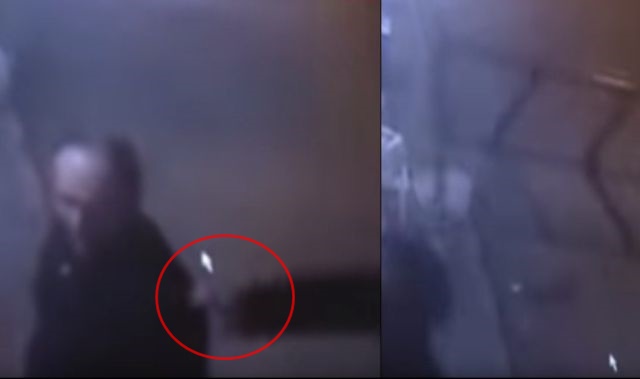 Wondering who just touched him, Binici’yi turns around, but only sees a white van rumbling down the street. Suddenly, from the back of the vehicle, a rather sizeable metal grate swings around and narrowly misses the shaken shopkeeper, who ducks at the last minute to avoid being struck.

Binici’yi looks up and down the road, ostensibly trying to figure out who had alerted him to the imminent danger, yet there is no one to be found. It was only later, when he looked at the CCTV video of the incident, did the shopkeeper fully comprehend how miraculous the encounter had been.

The stranger who tapped his shoulder simply vanished.
source