Strange square clouds, roll clouds from horizon to horizon, UFOs disguised as clouds, V-shaped – diamond-shaped anomalies in the sky, hole punches in cloud formations caused by unknown objects falling through the clouds, many unexplained things happen in the atmosphere. 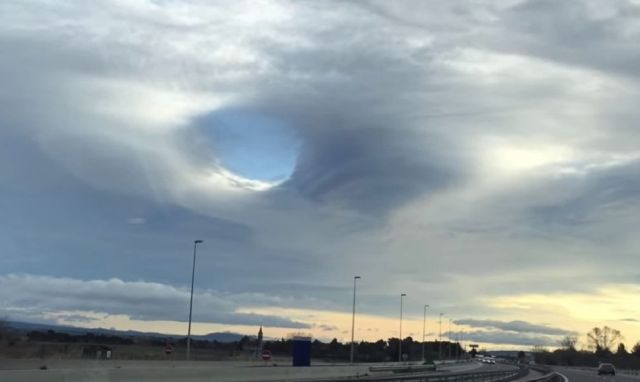 An enormous hole appeared in the sky photographed by a driver as he drove down a highway in France. At first glance it looks like an ordinary hole punch but this hole has been fabricated by a circular/flying saucer shaped anomaly near the gaping hole what looks like a lenticular cloud.

It seems unlikely that it was just a lenticular cloud that came through the cloud formation. Looking at this anomaly that seemly moves away from the hole then it is more likely that the photographer has photographed a cloaked UFO.

Not only cloaked UFOs move through the skies, what about the v-shaped objects that manifest themselves as shadow figures in the sky. 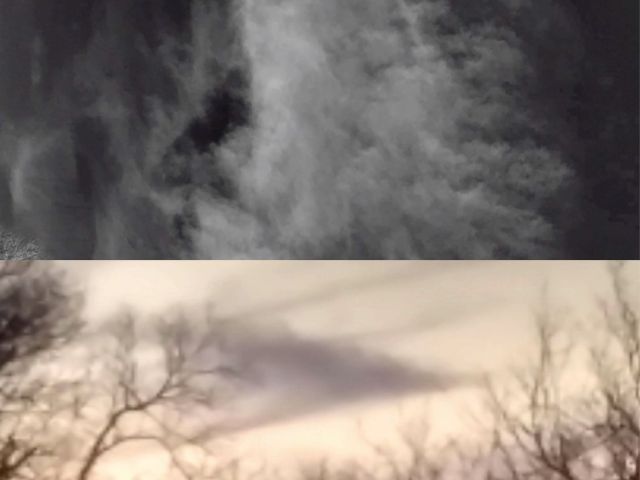 And we have the strange square clouds, cloud formations that seem to have been formed in such an unnatural way that it makes me feel that these clouds have been created by weather modification. 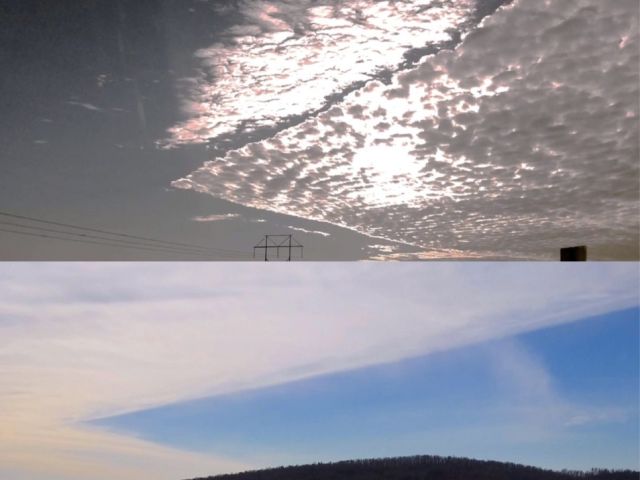 Take a look at the next two videos from Mrmb333 showing some of the latest unexplained phenomena in the sky.