Russian photographer Zhiganov, who initially planned to photograph some of his friends lounging in a hot tub with the aurora overhead in the city of Aptity, Russia quickly changed when he noticed a strange phenomenon, explained as a vertical aurora, in the sky upon he started to film it. 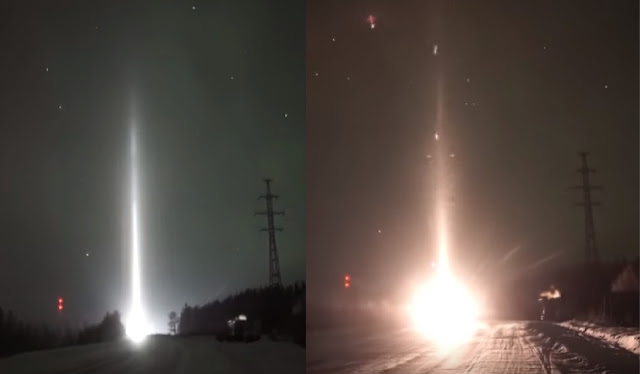 “It was the first time I ever saw an aurora in such a rarified form” Zhiganov said but I wonder whether it was an aurora or some sort of a laser/plasma beam since it turned into an enormous bright sphere that moved across the surface until it disappeared.

Here is the amazing video and please decide for yourself whether it is a rare vertical aurora or not.