United Arab Emirates citizens were left baffled after a mysterious ‘whirlpool hole’ suddenly appeared in the sky above the city of Al Ain this weekend. The large circular patch of clear sky emerged inside the otherwise heavy cloud near the border with Oman, as if somebody had punched a hole in the atmosphere. 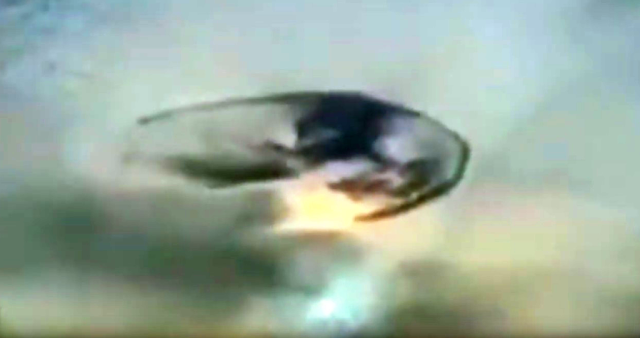 Astronomer and meteorologist Ebrahim Al Jarwan posted a short video clip of the hole on Twitter, adding that the ‘rare and beautiful’ sight was referred to as a ‘Fallstreak hole’ or ‘hole punch cloud’.
Others pondered whether the strange phenomenon had been caused by an extra terrestrial UFO.

According to Gulfnews, meteorologists quickly cleared up the mystery with a scientific explanation for the mystifying hole. Aircraft punching through this cloud layer can cause air to expand and cool as it passes over the wings or propeller.

Although scientists have a clear explanation for the origins of the photogenic phenomenon, fallstreak holes are not widely known about because of their rarity. 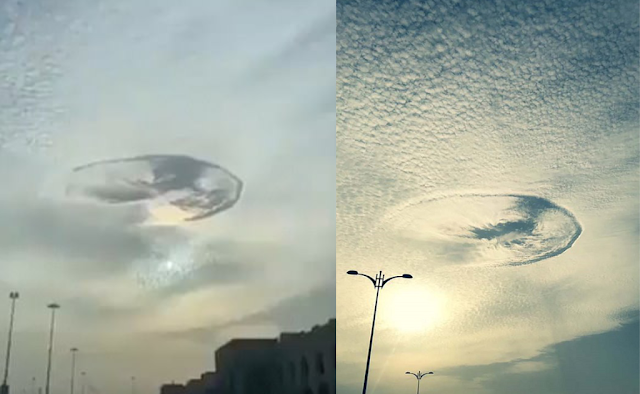 We know that meteorologists always say that it is a hole punch or fallstreak hole caused by planes but I never have seen such holes are hexagonal formed. It looks like the sun reflects on the bottom of an solid object making it partially visible. Could it be a UFO?