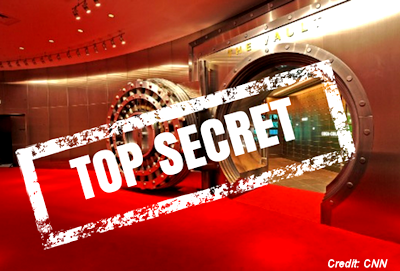 of papers” on the project, “80 percent, at least is public,” and “the press has never even looked at it.”

The longtime Nevada lawmaker admits he sponsored a secret study that was coordinated by a Las Vegas contractor. But very little of what was produced by the study has been made public. So, what’s hiding in those files and when do we get to see them?

For more than a year, the public has heard about the secret study initiated by Senator Harry Reid and other lawmakers. The study continued for years, but whatever files or reports it created, very little of the material has been made public.

It could be argued the former politician could be more specific as to exactly what material he is referencing from one interview to the next, and doing so might help clear up discrepancies. However, that will not stop others from pointing out fans of Reid and TTSA are enabling ambiguous sensationalism by acting as apologists for the perpetual lack of detail. Well over a year now since claims were set forth in the initial NYT article, many rather extraordinary assertions remain unconfirmed and, perhaps worse yet, largely unaddressed by those responsible.

In related developments, A+E Networks announced its History Channel will air Unidentified: Inside America’s UFO Investigation. The show is described as a six-part non-fiction series produced by Tom DeLonge. The six one-hour episodes feature Luis Elizondo and a collection of personalities easily recognizable to those following the TTSA plot lines. Let’s hope the show ties up some of those loose “metal alloy” ends, among many other looming questions, and either justifies previous assertions or walks them back.

Last but not least, UFO-film producer Robert Kiviat reportedly filed a lawsuit against CIA man Ron Pandolfi and others. Kiviat apparently seeks to bring disclosure to a UFO and extraterrestrial truth embargo.

Those with longer standing interests in UFO culture will recall Pandolfi for numerous reasons, including reportedly running the CIA “weird desk,” being a central figure in the cultivation of the “core story,” and seeding the online community with questionable tales. According to Bruce Maccabee, Pandolfi also suggested in 1990 that official CIA interest in UFOs involved counterintelligence purposes. Maccabee wrote that Pandolfi claimed the Agency obtained firm evidence the KGB devised a plan to use U.S. citizens, including ufologists, to penetrate the defense program (The FBI-CIA-UFO Connection: The Hidden UFO Activities of USA Intelligence Agencies, p354).

UFO activists sought assistance from the courts in the past with mixed results. It tends to be much more practical to obtain specific documents and files, for instance, than pursuing actions of intelligence personnel. We’ll stay tuned while the judge sorts it out.

A central theme of many of the disclosure narratives seems to be the players’ lack of understanding, sincerely or otherwise, that UFO reports themselves are not disputed. It remains yet to be seen how much more than hearsay and speculation can be applied to the reports to confirm context and alleged extraordinary origins. The track record of UFO disclosure is not flattering, to be quite forgiving in its description.