Lucas Kim was jetting to Thailand from his home in Seoul, South Korea, when he spotted what he thought was another flight from the window of his Jeju Air plane. 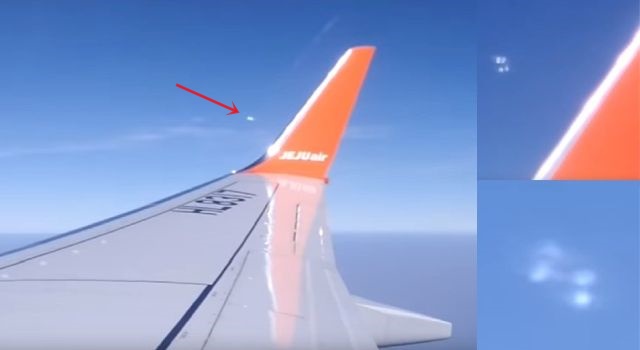 When I looked closely, it was not a plane – it was six individual vehicles. It was like a pulsating greenish-yellowish light,’ he said.

In the footage, the UFO is first visible as a distant, white dot beyond the wing. But as he zooms in, it quickly becomes apparent that there are several points of light, moving in formation like no regular aircraft can.

Moments later, they split into pairs and disappear from view.