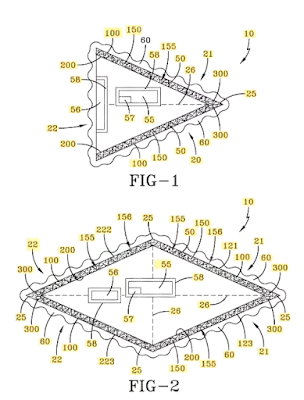 What that means is that the aircraft uses complex technology to reduce its mass and thereby lessen inertia (an object’s resistance to motion) so it can zoom along at high velocities.

The patent is highly complex and describes methods of reducing the mass of an aircraft using various techniques including the generation of gravity waves, which were first detected in 2016 after being produced when two black holes collided.