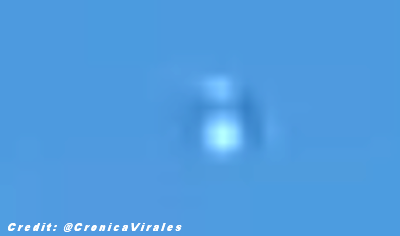 Alejandro Caminada, a resident of the district of La Matanza, claims having recorded a ‘flying saucer’ on his cellphone.

The man, a resident of Laferre, told Cronica.com.ar. that the recorded object came from another planet.

“I saw it with a friend. We were at his house. It was he who alerted me to the presence of a strange, pipe-shaped object in the sky,” he said.

Caminada was startled by the unconventional shape of the object and remarked: “It crossed the sky in a very distinctive manner. It was elongated, tube-shaped, made no noise and spun quickly.”

In the end, Fernando declared: “I began recording it and it vanished from one minute to the next. I never saw anything like it in the area.”