Stunning footage reveals the moment the moon appears to SWALLOW Saturn before it re-emerges almost two hours later on March 29, 2019. 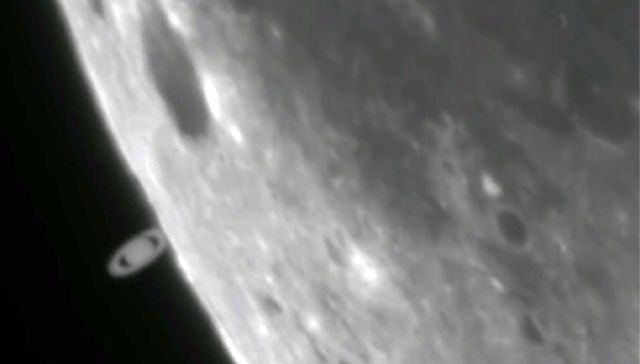 A space phenomenon which saw the moon ‘swallow’ the gas giant Saturn has been captured in stunning footage.

The bizarre event saw the ringed planet eventually re-emerge from the other side of the moon – completing a process called occultation.

This celestial event lasted for 1 hour 44 minutes and was captured by photographer Cory Schmitz in Johannesburg.

Schmitz: The raw view through my planetary imaging telescope from South Africa of the Saturn conjunction and occultation by Earth’s moon on March 29, 2019.